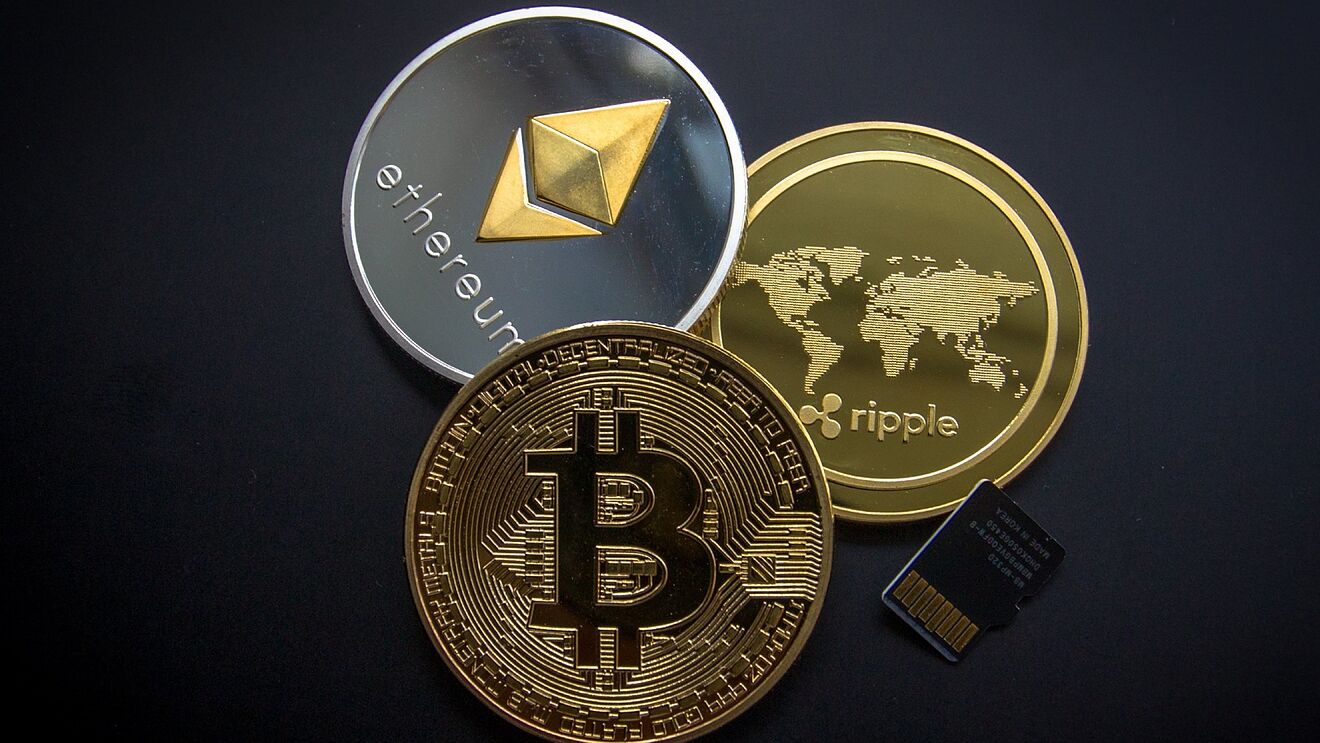 Why Crypto won’t survive, but is here to stay

Before we delve into the world of crypto and dreams of investing in Bitcoin back in 2011 when the price was under $100, let’s clear up what we’re actually talking about. Cryptocurrencies are defined as:

a digital currency in which transactions are verified and records maintained by a decentralized system using cryptography, rather than by a centralized authority.

What that means in plain English is that Cryptocurrencies are financial networks that don’t rely on banks to keep a log (ledger) of everyones transactions. Instead, transactions are stored and verified by every actor on the network (node). In the case of Bitcoin there’s over 10,000 nodes on the network which are spread around the world.

The concept of decentralisation brings with it benefits of security and more importantly trust. Think about it, you can’t hack the internet. Where would you start?

Bitcoin is probably the first cryptocurrency that many of us heard about, but people had been working on an eCash since 1982, long before Bitcoin came along.

Bitcoin is the brain child of Satoshi Nakamoto (if that is his/her/their real name), who developed it to address the economic fallout of the 2008 recession. It adopted many of the principles and features of previous eCash solutions that preceded it. Where Bitcoin stood out is that it used Blockchain technology to solve the Byzantine Generals problem.

Byzantine Generals problem is a situation where involved parties must agree on a single strategy in order to avoid complete failure, but where some of the involved parties are corrupt and disseminating false information or are otherwise unreliable.

Bitcoins use of consensus is what builds that security and trust any financial system needs. Simply put, we know each transaction is valid when others agree it’s valid. That makes spoofing a transaction much harder.

The final piece to the puzzle is that Bitcoin has a fixed supply – 21 million Bitcoin (although it’s estimated to be closer to 18 million accounting for the lost coins). Commonly with other assets, if the price increases then so does the supply. Gold price goes up, gold mining increases, price goes down. Bitcoin can’t be generated/mined at a faster rate and the total supply is limited. This means there’s a steady inflationary supply entering the market, which reduces every 3.5 – 4 years. These supply shocks coupled with the fixed supply drive the huge price increases you hear about, often way too late to benefit in that cycle.

Currency or Store of Value?

It’s at this point that many of us start to get a bit lost with Bitcoins narrative.

Back in 2017 there was a debate within the Bitcoin community as to what its use case should be. If you’ve ever wondered – why would I buy anything with Bitcoin? Then you’ve hit the nail on the head. Part of the community split and formed Bitcoin Cash ($BCH), a completely different Cryptocurrency that tries to solve flaws in transaction times by offsetting it against security and performance. The Bitcoin ($BTC) that remained was focused on Bitcoin as a store of value. Think of it as digital gold.

Moving to a Bitcoin Standard

Now we get to another divisive issue. People argue that gold has value because of its use in jewellery and electronics. Bitcoin on the other hand is ‘tulip mania’ or a ‘house of cards’ and is just people pushing the price up so they can eventually exit for millions.

This is where we introduce the issue of trust. There’s a misconception that regular fiat currencies, such as the £GBP and $USD hold value because they’re backed by “something”. That something used to be silver, hence the name pound, which eventually moved to gold. What that meant is that for every £ or $ there would be an asset equivalent held by the central bank.

The UK moved off the Silver Standard in the 18th Century and the Gold Standard in 1931. In 1971 President Nixon announced the dollar would follow suit and took the US off the Gold Standard. These moves meant the currencies were no longer backed by an asset, but instead were valued based on what people were willing to pay.

That meant the central banks could now start printing unlimited money without needing to account for it. Until recently the banks had limited printing to a maintain a healthy 2% inflation across the board. The 2008 recession and Covid-19 changed that. The clip below is Minneapolis Fed President Neel Kashkari talking about the impact of Covid and how the US could afford to give everyone “free money”.

How does that affect me? The impact of all this money printing has to come from somewhere, especially when 25% of all dollars ever printed has come in the last year. The obvious candidates are taxes and inflation (CPI).

Listen out for people telling you how much money they’ve made on their house, but how getting something bigger is out of reach in the same area. Have you noticed instead how many house extensions are being done recently? This indicates the wealth divide is now increasing at a faster rate than ever before. Asset prices are increasing exponentially and currencies are being debased.

Moving to an asset standard would anchor currencies to a level playing field globally, stopping central banks from the mindless money printing that’s debasing (devaluing) the currencies. This will allow us to trust the central banks again. The downside to this is that asset transactions are costly and take time between countries. Imagine the UK sending physical gold to the US to settle debt. Now imagine could be done instantly using a digital asset. Enter Bitcoin.

Bitcoin has solidified its position as the number 1 digital asset. That doesn’t make it the best, but think about the social platforms and how they’ve survived. Bitcoin is benefitting from a network effect, meaning the strength of the network is increasing as it grows in size.

Bitcoin in a post-covid world Parallels are being made with the current economic landscape and Germany’s debasement of the Papiermark in the 1920’s, which caused the price of gold to surge.

In reality it wasn’t the price of gold increasing, but instead the value of the Papiermark decreasing. That same thinking can be applied to Bitcoin, Gold and Silver over the last 100 years.

Bitcoin is perfectly positioned to become the global reserve asset over the next 10+ years, with a fixed total supply of 21 million which is being slowly introduced into the market to maintain a healthy level of inflation.

As the global reserve asset, Bitcoin would become the base (layer 1) settlement solution for our global banking system. Digital local currencies (e.g. USDC or USDT) could then be built on top of Bitcoin using new technologies, such as the Bitcoin Lightning Network.

This is why you may never knowingly buy anything in Bitcoin but it can become a fundamental part of our future global banking system.

Think about how the internet has changed our lives since the late 90’s. Did anyone ever tell you buying things online would never catch on? Bitcoin is the next train coming through the station, and it’s not stopping.

Recently there has been a narrative that “Bitcoin is bad for the environment” which has caused Elon Musk to announce Tesla will no longer accept Bitcoin payments (we’ve already agreed that was a novel idea anyway). Square completed a study dedicated to this that concluded that Bitcoin is one of the greatest financial incentives in the world for renewable energy. The highest cost for Bitcoin miners (people who own the Bitcoin nodes) is the cost of energy. When costs are high you look to reduce them to maximise profits. As a result Bitcoin miners are going around the world to find the cheapest energy available, which is historically renewable energy.

The argument tends to focus specifically on Bitcoin mining in China. According to a recent Coin Metrics study:

As the price of Bitcoin continues to rise, so does the interest in Bitcoin mining. We’re now seeing the market share of miners in China reduce as the US and European miners increase their operations. We’re also seeing Bitcoin mining going to the energy source rather than wasting 80% of energy transporting power to urban locations. As Bitcoin nodes don’t need to be near people (limited latency requirements) their location can be near energy efficient power sources.

To conclude this view of Bitcoin’s role in our future financial landscape:

This site uses Akismet to reduce spam. Learn how your comment data is processed.

Get notified about my latest content first and receive invitations for subscriber only competitions.

Close Menu
We use cookies on our website to give you the most relevant experience by remembering your preferences and repeat visits. By clicking “Accept”, you consent to the use of ALL the cookies.
Do not sell my personal information.
Cookie SettingsAccept
Manage consent

This website uses cookies to improve your experience while you navigate through the website. Out of these, the cookies that are categorized as necessary are stored on your browser as they are essential for the working of basic functionalities of the website. We also use third-party cookies that help us analyze and understand how you use this website. These cookies will be stored in your browser only with your consent. You also have the option to opt-out of these cookies. But opting out of some of these cookies may affect your browsing experience.
Necessary Always Enabled
Necessary cookies are absolutely essential for the website to function properly. These cookies ensure basic functionalities and security features of the website, anonymously.
Functional
Functional cookies help to perform certain functionalities like sharing the content of the website on social media platforms, collect feedbacks, and other third-party features.
Performance
Performance cookies are used to understand and analyze the key performance indexes of the website which helps in delivering a better user experience for the visitors.
Analytics
Analytical cookies are used to understand how visitors interact with the website. These cookies help provide information on metrics the number of visitors, bounce rate, traffic source, etc.
Advertisement
Advertisement cookies are used to provide visitors with relevant ads and marketing campaigns. These cookies track visitors across websites and collect information to provide customized ads.
Others
Other uncategorized cookies are those that are being analyzed and have not been classified into a category as yet.
SAVE & ACCEPT